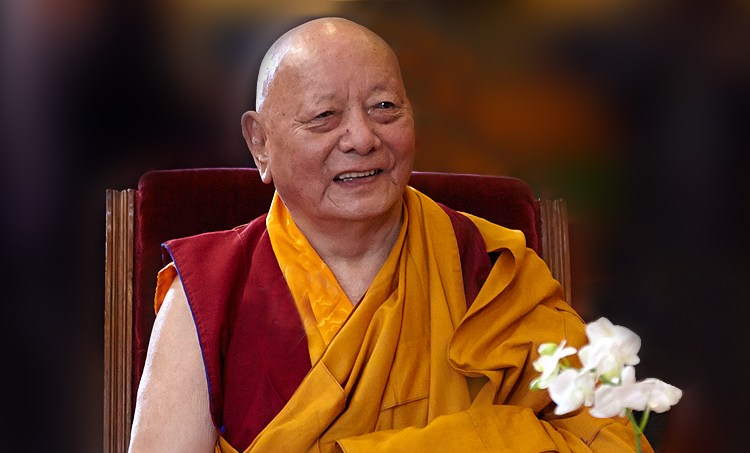 The Venerable Khenpo Karthar Rinpoche (1924-2019)• Khenpo Karthar Rinpoche was the Abbot of Karma Triyana Dharmachakra monastery, our parent Center in Woodstock, New York. He was ordained as a monk at the age of twelve in Tibet. He fled Tibet with several other monks in 1958. In 1975 His Holiness the 16th Karmapa acknowledged Rinpoche’s attainment with the title Choje Lama (Superior Dharma Master). At the request of His Holiness the 16th Karmapa, Khenpo Rinpoche immigrated to the United States in 1976 to establish and guide the development of Karma Triyana Dharmachakra.

In June 1986, Khenpo Karthar founded Karma Thegsum Chöling Jacksonville as an affiliate of Karma Triyana Dharmachakra Monastery. Our Practice Center and Shrine Room is fully online during the pandemic. We look forward to seeing you in person as soon as possible

Our beloved teacher dissolved his wisdom mind into the dharmadhatu in his room at Karma Ling on October 6th, 2019 3:35am (EDT).

We enjoy the wonderful benefit of Kagyü lamas visiting us nearly every month! Please subscribe to our mailing list if you wish to keep up to date on our events. 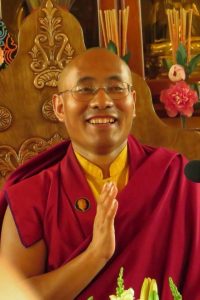 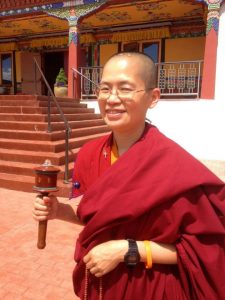 Lama Lodro Lhamo • Lama Lodro Lhamo has been a student of Khenpo Karthar Rinpoche since 1990. She completed three three-year retreats at Karme Ling under Khenpo Karthar Rinpoche, and received full bhikshuni ordination in 2008. She is currently the women’s retreat master at Karme Ling Retreat Center. She has a master’s degree from Columbia University. 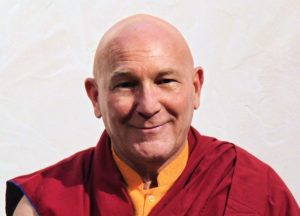 Lama Losang / Dr. David Bole • The spiritual director and Lama to the Florida KTC’s and KTC Jacksonville, Lama Losang completed the traditional three year retreat at Karme Ling Retreat Center under the direction of Khenpo Karthar Rinpoche. He received getsul (intermediate) and gelong (full) monastic ordination from Khenchen Thrangu Rinpoche. He is currently serving as the Resident Lama for Gainesville KTC. In addition, he received a Ph.D. in psychology from the University of Florida. He is a licensed Acupuncture Physician, A.P. and Director of the Traditional Acupuncture Center in Gainesville, Florida. He is also serving on the Board of Trustees at our parent monastery KTD. 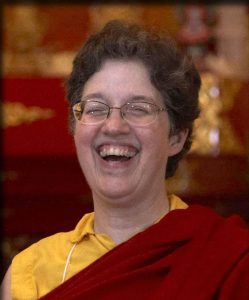 Kathy Wesley • Lama Kathy Wesley (Gyurme Chotso) has been a student of Khenpo Karthar Rinpoche since 1977. She participated in the first three-year retreat led by Khenpo Rinpoche at Karme Ling Retreat Center in upstate New York, and thus earned the title of ‘retreat lama.’ Lama Kathy serves at the Columbus Karma Thegsum Choling (Ohio) as its resident teacher, and travels to other Buddhist centers throughout the country to teach. She is a graduate of Ohio State University with a bachelor’s degree in journalism and lives in Newark, Ohio with her husband, Michael. She is also on the Board of Trustees at KTD.